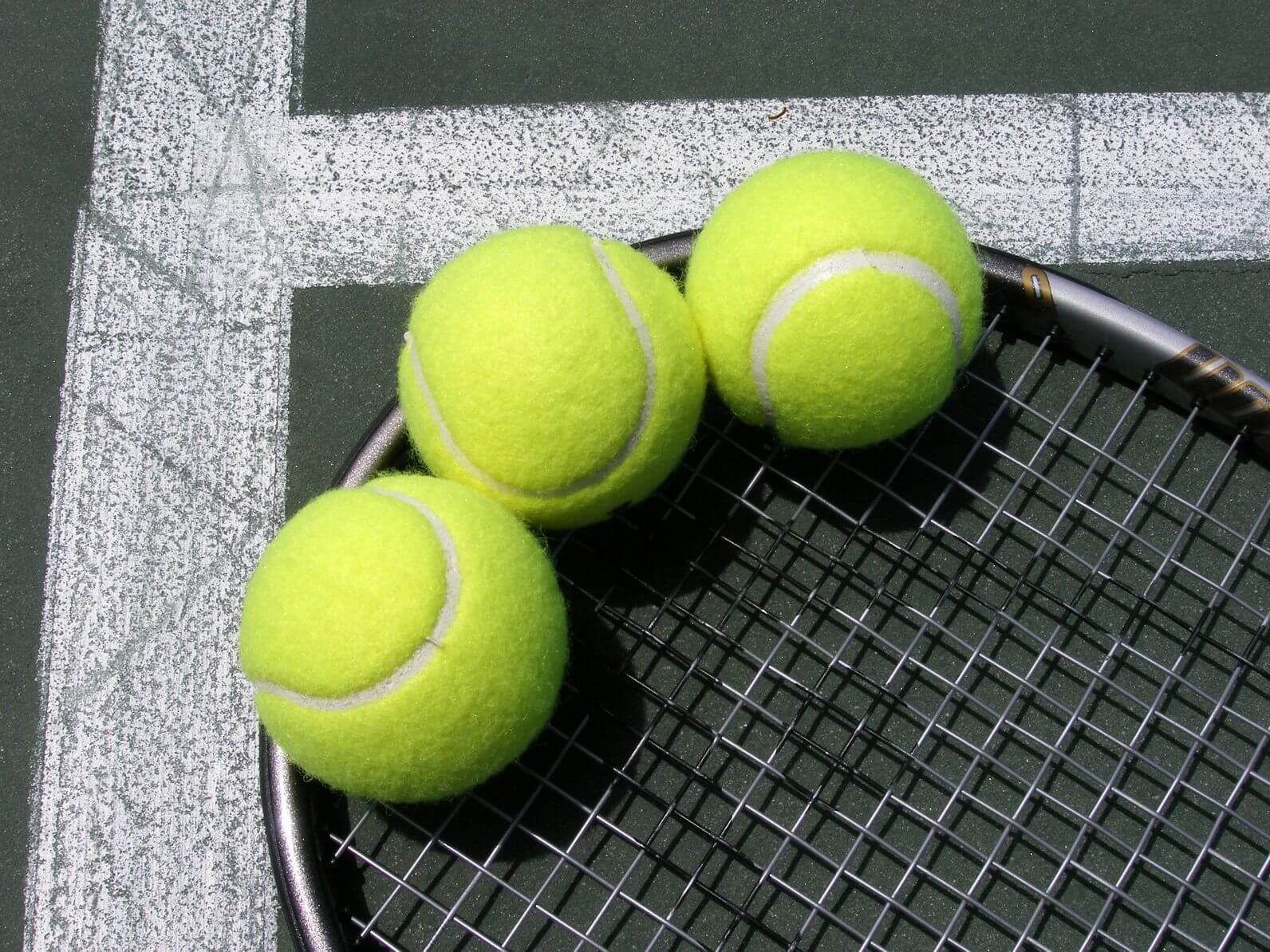 We Are All About Tennis

Since 2005, Huntsville Tennis Center has been organizing tournaments and offering private tennis lessons and clinics for tennis lovers in Huntsville, Alabama.  All of our teaching staff are USPTA certified and can help you achieve your goal in tennis.

OUR PROS ARE HERE TO HELP!

Nothing can improve your game faster than a lesson with one of our Pros. Whether it's a private 30 min, 60 min, or group lesson, we are here to help!

Our Pros are excited to help you achieve your tennis goals in one lesson or a series of lessons depending on whether you would like to improve a single stroke or to improve your overall game to move to the next level. Let our Pros work with you and define a development path with you.

If you would like to schedule a lesson with one of our professionals, you can give us a call at 256-883-3986 and we can relay the message or, you can text or email the professional directly, since they manage their own daily schedule - see their contact information below. 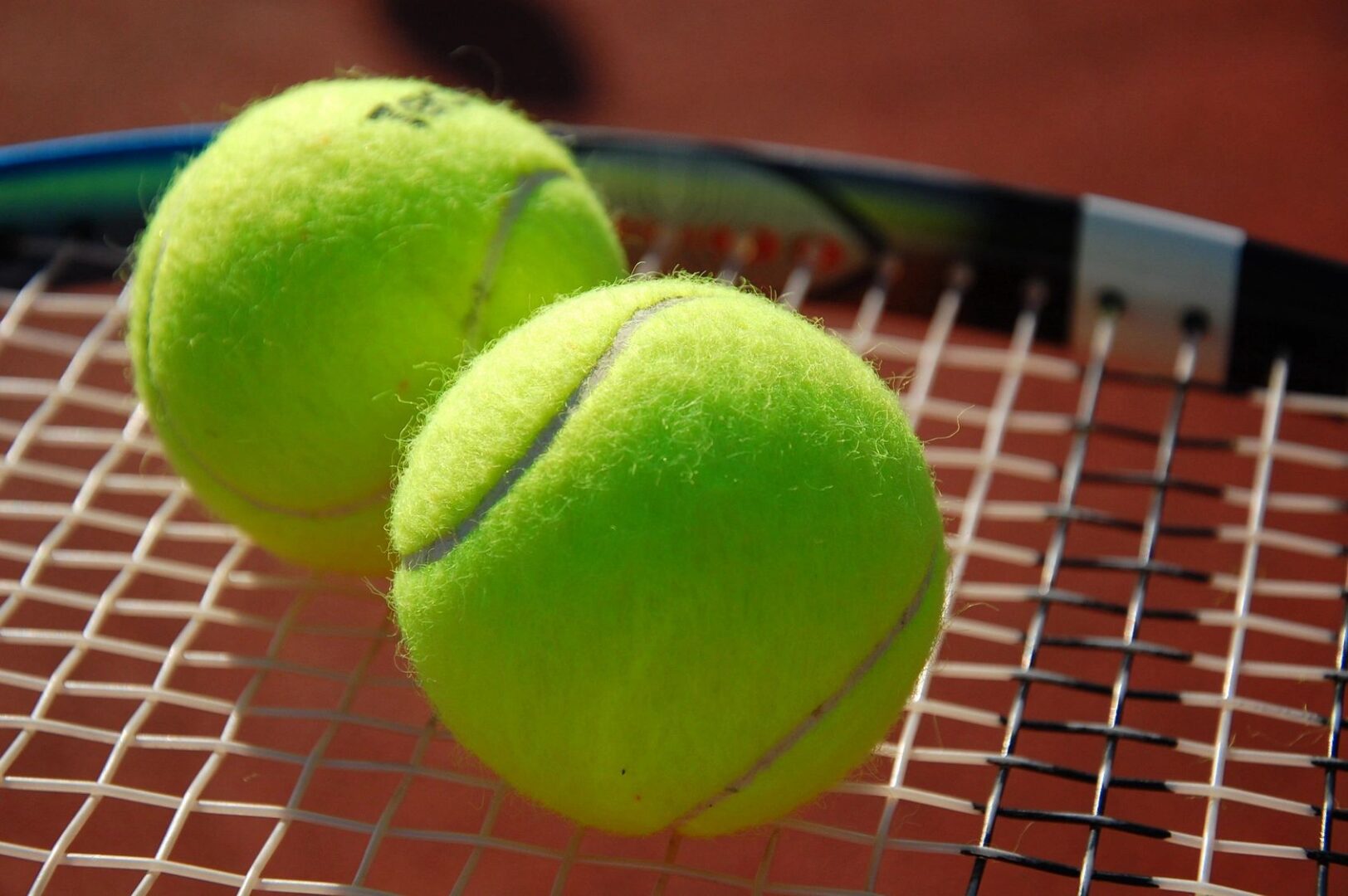 Joc Simmons grew up in Tulsa, Oklahoma, and started playing tennis at the age of 9. He made nationals in boys 12s, 16s, and 18s. In his first two years of college, he played at the University of Oklahoma, winning a team, singles and doubles Big Eight Championship. From there, Joc transferred to Mississippi State University, where his college career took off.

He and his doubles partner were crowned 1994 NCAA doubles champions, and Joc received All-American status in singles. By winning the national championship, Joc and his partner received a wild card bid into the 1994 US Open.  He went on to complete his education by achieving a B.S./Fitness Management degree.

After college, he decided to try the pro circuit, made the finals in two out of his first four tournaments, and reached a world ranking of #690. Joc knew this was not the path for him and decided to stop his competitive tennis career.

Joc began his teaching/managing career in 1997 at Mira Vista Country Club in Ft. Worth, Texas. He was then director of tennis at Greenville Golf and Country, then Cypress Hills Tennis Club, in Greenville, Mississippi. He was here for the grand opening of Huntsville Tennis Center on May 10, 2005.

Since that time, the tennis center has been awarded the Alabama Tournament of the Year in 2006 and 2010. In 2007, HTC was honored with Alabama’s special event of the year award for its “Spring Break Camp,” and was named one of 13 Outstanding Facilities in the USA in 2008. HTC’s adult USTA leagues consist of over 200 teams annually. Joc and the other HTC professionals offer several camps, clinics, leagues, and private lessons for all ages. 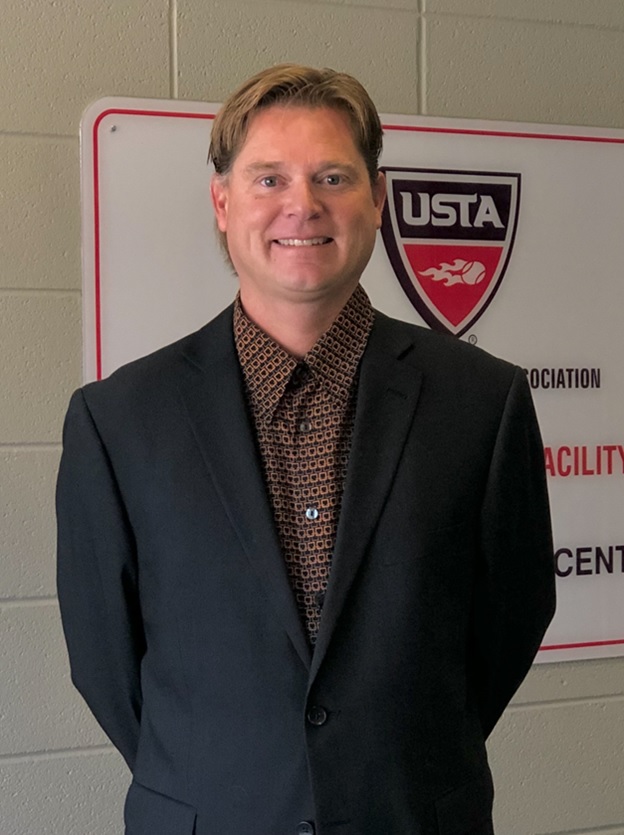 David grew up in Huntsville, playing sports throughout middle and high school, but not tennis. He didn’t pick up tennis until the young age of 35. David has played USTA for 20+ years, with 10 of those years as a 3.5 captain then a 4.0 captain. With two trips to the USTA State championships.

He became USPTA Certified in 2015 based on his love for teaching and love of the game of tennis. David has a huge passion for helping adults and juniors learn tennis properly with lots of work on ‘fundamentals of the game like proper grips, stroke production, positioning, and game strategies, with a big focus on fun.

David enjoys working with Youth and and Adults of all abilities (beginner to advanced) and all ages helping to build the player's skill and confidence - with lots of fun too!

He hosts adult private and group lessons.  Be sure to check out his Adult Clinics posted on the Adult Tennis Page. 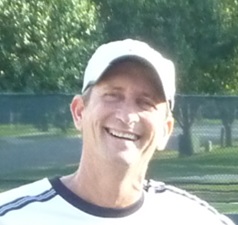 Roland has lived in Huntsville since 1973. He  owned and operated a tennis and ski specialty store for 30 years in Huntsville, Alabama. As a junior, he played high school tennis, junior league tennis and completed USPTA Certification with a Professional Level 2 rating.

Roland has also been involved with youth sports for many years. He trained, developed, and operated an in-line hockey league since 1990. Roland develops tennis programs, teaches, and plans unique high-energy styles of classes. Roland helps people of all ages (juniors to adults) and skill levels (beginners to advanced) to improve their stroke, positioning, and overall game play, just to name a few. Roland provides private and group lessons, holds clinics, such as  daytime classes for home schooled children, high-intensity workout tennis classes, and enjoys making his classes fun. 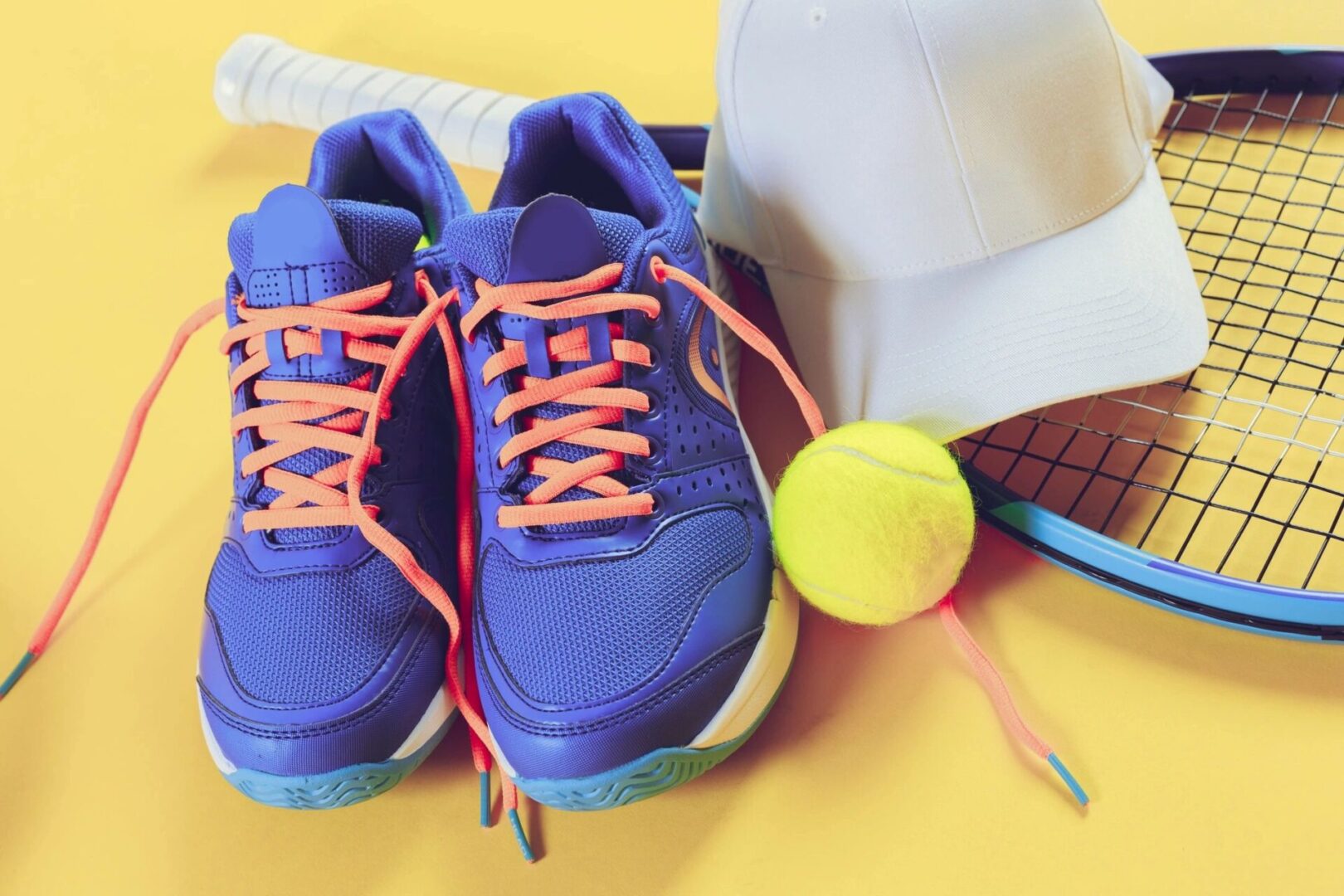 Zach grew up in Huntsville and started playing tennis at age 13. He played locally for four years at Bob Jones High School in Madison, Alabama. Zach went on to play tennis at Emory & Henry College in Virginia and graduated in 2013 with a degree in communications. He completed his USPTA Level 2 Certification in 2016. Zach is excited about his opportunity of getting to work with players of all ages. He offers private lessons available for all ages. 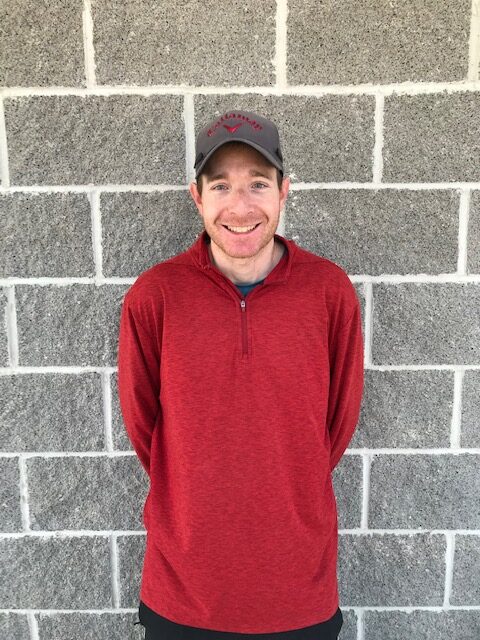 Bill grew up playing tennis in Nashville and has lived in Huntsville for the past 20 years. He has been a longtime 4.5 player in the local USTA leagues and was a member of the 2009 team that reached the national semifinals in Las Vegas. 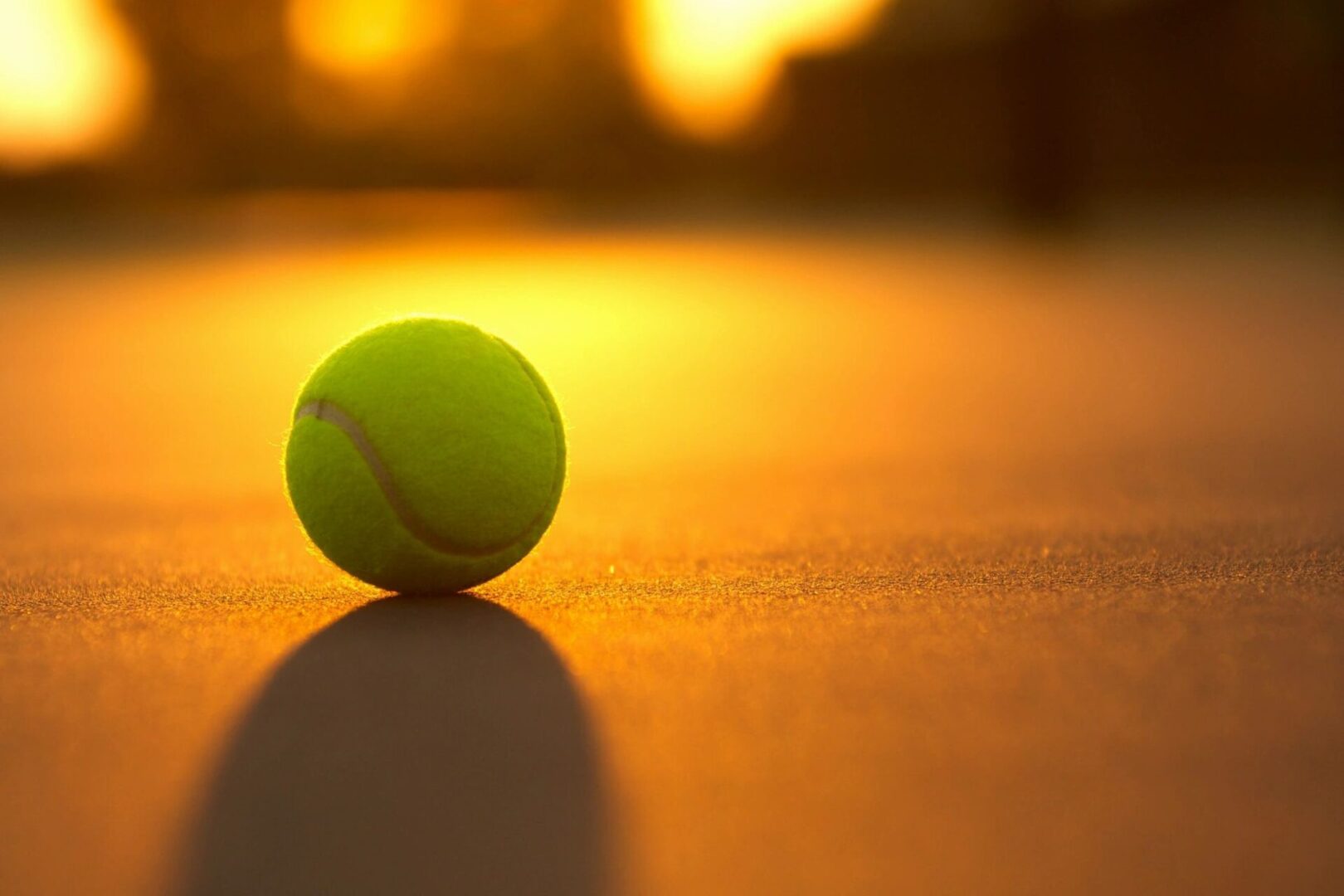 Trish Jeffery is a recent USPTA Certified Tennis Instructor, Level 1. She has been playing recreational tennis and in USTA leagues for over 20 years. Trish discovered the joy of tennis in Colorado Springs while her husband was deployed, and continued to play and learn the sport up through today. "Tennis is a lifelong sport and offers the opportunity to meet new friends and leave stresses behind for a few hours".

Trish is focused on details, strategy, and enjoys sharing this information with anyone who wishes to learn to improve their game, from beginner adults and juniors, to advanced players who might be missing that one shot or one skill. Trish offers several clinics and is available for private lessons. 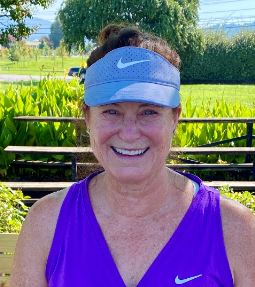 Bryson grew up in west Texas where he started playing tennis at 12 years old. After playing number one on his highschool team, he went on to play club tennis at Texas A&M university. Bryson has been teaching tennis since 2015. In 2019 he moved to Huntsville, where he is an active 4.5 player in USTA leagues. He is now teaching tennis at the Huntsville Tennis Center, and is excited to help any players wanting to take their game to the next level. 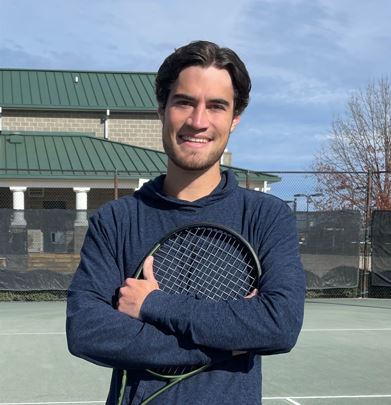 Jason Flanagan was born and raised in Huntsville, AL. He played multiple sports all through school. The love for tennis started at an early age. Many hours were spent on an asphalt court, with a fence that had been cut close to net height. From that, Jason took his skills and abilities to play for his high school and junior college teams. Finally, Jason went on to play for the Alabama A&M Bulldogs. He was on the first team the Bulldogs had entering the SWAC.
Jason has worked in the tennis business for over 35 years. From working on the court surfaces, stringing racquets to his most recent job as the Assistant Manager for the Huntsville Tennis Center. He felt a need to move from inside to out on the courts.
Jason is a very personable instructor. With abilities to spot areas in ones stroke/game for quick recommendations. He also keeps updated on all racquets, strings, equipment, mental and physical strategies built around the game of tennis. So, from never picking up a racquet to high level USTA players, Jason's goal is to teach so that you clearly understand what we're working on and have fun doing it. Currently working on his USPTA certification 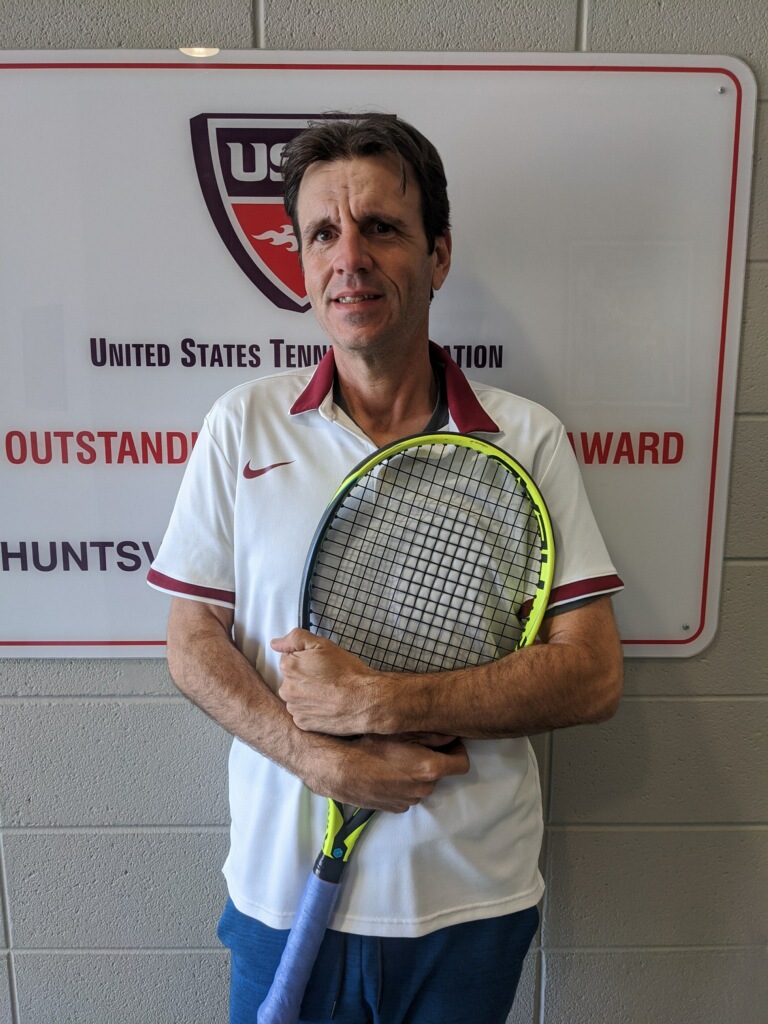